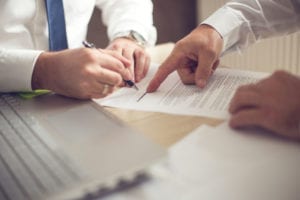 While psychological trauma has long been recognized as a consequence of combat within most societies, in many ways it has remained taboo as a painful and inconvenient reminder of the true cost of war, to be quietly swept under the rug of history.

Many veterans struggle to cope with the horrors they witness as they come home to their families, jobs, and communities, both unable to understand and eager to move on. Many veterans silently suffer from invisible injuries. Left untreated, many will self-medicate with alcohol, drugs, and acting out in self-destructive and sometimes violent ways.

Today, both science and the law recognize that a veteran need not have experienced direct combat to be affected seriously by his military service. Military service is inherently stressful and dangerous. We at GRT understand PTSD, and how our justice system must be better prepared to serve today’s generation of combat veterans.

UNDERSTANDING THE INVISIBLE INJURES, INCLUDING PTSD, TBI, AND SUBSTANCE ABUSE

Fortunately, the traditional evaluation of veterans is changing for the better. Today’s medical paradigm for veterans is better able to recognize the complexity of post-combat and post-service problems. Many veterans who find themselves acting out suffer from a variety of conditions that are often closely interrelated. Those often include Post Traumatic Stress Disorder (PTSD), Traumatic Brain Injury (TBI) and the closely related substance abuse that often comes with one or both medical conditions.

Goyette, Ruano & Thompson is a remarkable law firm. In the wake of the nation’s decade-long conflict in central Asia, Goyette, Ruano & Thompson have shown the ability to come to the rescue of some of the nation’s finest contributors to the war effort but most tragic causalities: those who have suffered from the menace of battle-induced post-traumatic stress syndrome. This may have been a new venue for Goyette, Ruano & Thompson, but when other law firms couldn’t get the job done, Goyette, Ruano & Thompson could and did. Our brother and son was nothing less than a decorated war hero. Without Paul and his associates’ passionate intervention and handling of the law against a stolid system, my brother would have languished in jail perhaps to the end of his days. But now he’s free and getting the treatment and recognition that is deserving of his decades of service. For this our family will be forever grateful.

At GRT we’ve developed a comprehensive and effective strategy for defending combat veterans and others suffering from PTSD and related conditions. It is imperative that the lawyers defending the combat veteran start an immediate and systematic approach to defending their client. Let our experience at GRT help you or your loved one. Call us today for your free consultation.