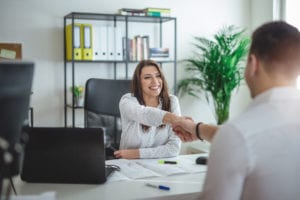 Are you looking for an alternative to the California Teachers Association (CTA) model of teacher representation? Goyette, Ruano & Thompson (GRT) offer attorney services for teachers and other certified education employees – it costs about ½ of what teachers currently pay in union dues. The experienced education attorneys at GRT will act as your professional negotiator at the bargaining table. Rather than your shop steward, we serve as your lawyer for every legal matter, and we give the teacher’s association local control over their finances and decisions without creating more work for the teacher’s association Board.

The Problem With Traditional Teacher Union Representation in California

Did you know that if your union has a local issue and wants to get involved in local politics, or elect a pro-teacher School Board Member, you have to request your own money and the issue usually has to jive with a higher-up, sometimes state-wide agenda to be approved?

Want a better model? Consider choosing GRT as an alternative to CTA for teacher associations in Sacramento County.

Public employee associations represent California public employees that work for the state, counties, cities and special districts, including police officers, nurses, mid-managers, firefighters, general employees, and everything in between.

There are even public school teachers operating under this model, including traditional public and charter schools.

At GRT, we offer a CTA alternative to teachers because our education attorneys are seasoned labor and legal professionals who have been working for independent employee associations for decades.

Put simply, we know this model works. We’re committed to ensuring we provide superior value and effective representation to our teacher union clients, whichever stage they’re at in their career and whatever their issue.

How Our Better Model Works

If you’re looking for an experienced and proactive teacher association in Sacramento, here’s how our model works and why it’s preferable to the alternatives.

If the association wants to keep dues the same as they are now, they can do so, and then decide how best to allocate that extra money. Some may opt to build up a reserve or contingency fund; others may choose to become more actively involved in local elections, including for their local School Board; and some may decide that they want to make a sizeable direct contribution to a big union in support of their broader political and social agenda (it is unlikely that the donation would be declined…).

This model works. Ask around. Chances are that your local police officers’ association or deputy sheriffs’ association are not affiliated with a statewide or national union (though they probably belong to a lobbying organization and/or legal defense fund) and they pay substantially less than teachers do in dues.

Learn More About the GRT Model for Teacher Representation in CA

The truth is that CTA and CFT have had a virtual monopoly of teacher representation in California. While we can debate the long-term success or failure of such representation statewide and nationally, there is no doubt that locally, the big union model is not responsive, not independent, but very expensive.

Learn more about GRT’s CTA alternative model for teachers.. Join us at an information meeting, check out our blog, or send us an email or call at (916) 851-1900 or frontdesk@grtlaw.com. Take control of your labor representation – and save a lot of money while getting a far better product while you are at it!

Questions? Give GRT Law a call for your free consultation.