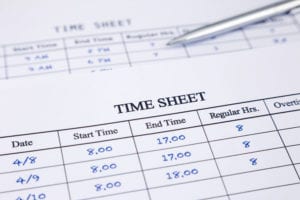 Both California wage law and federal wage law require a minimum hourly rate of pay to be provided to all employees.

While the state and federal minimum wage rates differ slightly (for 2020, the CA minimum wage rate is $13.00/ hour while the federal rate is $ 7.25/hour), the idea is the same; minimum wage requirements are intended to ensure a minimum level of pay for all employees (and in turn, in theory ensure some minimum standard of living).

One key difference between federal and California minimum wage requirements is that ‘averaging’ is allowed under federal law to assess compliance with the minimum wage rate, while the CA minimum wage rate applies to every hour or portion of an hour worked.

Employers should also be aware that, with only limited exceptions, ‘volunteer’ work is not allowed under CA wage law, just as trading ‘goods’ for minimum wage pay is, for the most part, now allowed. If you are an employee OR an employer with specific questions regarding minimum wages under either CA wage law or under the federal FLSA, contact an attorney at Goyette, Ruano & Thompson for a free consultation and review.