Is The Penalty Really Appropriate? 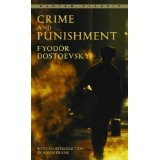 People make mistakes.  In most cases, responsible adults are often willing to admit they’ve made a mistake and are capable of learning from it and moving forward.  While this may seem to be a simple notion of modern society, what happens when the person who made a mistake wears a badge or carries a gun?  Saying that you’re “sorry” (even genuinely so) doesn’t do away with the fact that most public safety departments will still place you under investigation and find you at fault for some aspect of their internal policies and regulations.  While saying that you’re “sorry” and accepting appropriate responsibility is important, it doesn’t shield you from internal discipline.  Peace Officers in particular are generally subject to “higher standards” given their position of authority in the public eye.

So the next question is, how much discipline should you get?  Often what is appropriate and what is actually served are at entirely opposite ends of the spectrum.

In June of 2010, John Melton* was notified that he was under investigation by his department for allegations of making an inappropriate remark (in jest) to a co-worker in the presence of other fellow officers.  In response, the allegedly offended employee made a similarly inappropriate remark. The situation came to their supervisor’s attention who chastised Melton for his behavior.  Melton admitted to his conduct and assured the supervisor it wouldn’t happen again.

Nevertheless, Melton was rewarded for his honesty and taking responsibility with a notice of internal investigation.  At the conclusion of the lengthy process, over two months later Melton was served with a proposed 10 day suspension without pay.  Upon conclusion of a Skelly hearing on the matter, the discipline was reduced to a 7 day suspension without pay, a steep price to pay for a single “offensive” comment.

Goyette attorney Dan Thompson appealed the matter to binding arbitration which took place before arbitratorMatthew GoldberginSacramentoin early 2011.  At the hearing, Melton continued to accept responsibility for his actions.  In addition Thompson was able to introduce testimony that Melton had no similar disciplinary actions in his past and that the offended co-worker’s similarly offensive response had not been chastised or corrected by the Department’s administration.  Furthermore, the internal investigator assigned to the case admitted on cross examination that there was an overall lack of oversight on such issues by department supervisors and that such conduct had occurred in the past without reprisal.

Thompson argued that the purpose of discipline was to correct an employee’s errors to rehabilitate them back to a place of productive service; anything in excess of accomplishing this goal was unnecessarily punitive and improper.  Alternatively, Thompson requested a Letter of Reprimand (the lowest form of official discipline) as being more than sufficient to put Melton on notice that his comment was inappropriate and would not be tolerated in the future.

The Department argued that because Melton had been disciplined in the past (for unrelated conduct nearly 2 years prior) that the current matter displayed a “pattern” of policy violations and therefore warranted progressive discipline of the full 7 day suspension.  They also gave no credence to the fact that internally their supervisors had allowed an environment were potentially offensive remarks were historically not corrected.

Arbitrator Goldberg ultimately ruled in Melton’s favor finding that not only was the Department’s interpretation of progressive discipline legally incorrect, but that their failure to correct the co-worker’s equally offensive response tended to show possible bias or discrimination against Melton.  Goldberg did sustain the conduct as improper, but agreed with Thompson that the appropriate remedy be only a Letter of Reprimand.

The moral of the story is that even if you feel taking responsibility (and discipline) is appropriate, it is imperative to be sure that the “punishment fits the crime”.  Therefore even in cases when you otherwise wouldn’t think to appeal, it may be important to consult with qualified legal counsel to be certain that the penalty you do get is justified under the circumstances.

Remember!  If similar conduct were to unfortunately occur in the future, the Department will use the present adverse action as a basis for progressive discipline against you.  This makes it all the more important to be sure that any penalty you receive now is not excessive because you can rest assured that if there is a “next time” the penalty will be much greater.

Case Study: G&A Secures IDR Victory for SJCERA Goyette & Associates is pleased to announce that it has prevailed in yet another industrial disability retirement case out of San Joaquin County.  In this case, the virtually uncontested facts established that the injured correctional officer suffered work-related injuries while performing training drills as a Sheriff’s Correctional ..

What to Know When Starting a Cannabis Business in California By: Paul Goyette If you are interested in starting a cannabis business in California it can be hard to figure out where to start, especially when it comes to complying with ever changing regulations in the industry nation-wide. A Little Background on Cannabis, Hemp, CBD ..

How to Set Up A Union

How to Set Up A Union (California Public Employee) By: Rafael Ruano If you are employed by a public agency in California (state, county, city or district), then you have a right to set up a union to represent you and your coworkers. Chances are, if you are here you are interested in an outline ..

In California, wage claims can be filed by employees (and have to be defended by employers) in one of two ways: 1) as claims in the CA Labor Commissioner process; or 2) as traditional civil actions in Court.

Employees cannot file wage claims with the Labor Commissioner and file a lawsuit in Court against the same employer for the same wage issues; only one of the two possible methods of pursuing wage-related damages must be chosen.

What to Know When Starting a Cannabis Business in California By: Paul Goyette If you are interes...

Do I Need a Will in California?by: Caitlyn Andrijich, Esq. A common question is whether or not y...

How to Set Up A Union

How to Set Up A Union (California Public Employee) By: Rafael Ruano If you are employed by a pub...

In California, wage claims can be filed by employees (and have to be defended by employers) in o...

Contact Goyette & Associates for a free consultation. We will respond right away and work with your budget.