Past Cases and Successes 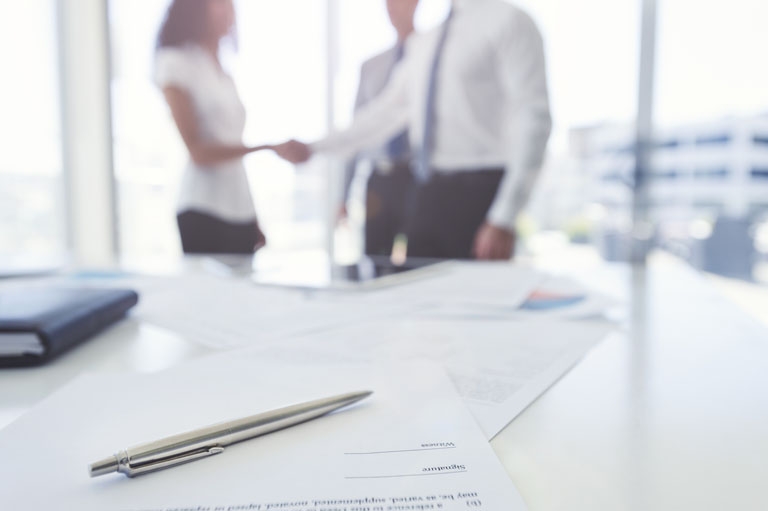 Goyette, Ruano & Thompson Wage and Hour lawyers have succeeded in, and presently handle all types of wage-related cases, from representation of single employees or employers, to class action litigation, including:

Goyette, Ruano & Thompson is pleased to announce that it has prevailed in yet another industrial disability retirement case out of San Joaquin County.

In this case, the virtually uncontested facts established that the injured correctional officer suffered work-related injuries while performing training drills as a Sheriff’s Correctional Officer for the Department.  Many complications followed that injury and a torturous path of medical interventions ensued.  During all times relevant to his application, the officer suffered from constant pain in his neck, shoulders, and upper back, all as a result of his work-related injury.

Between 2005 and 2008 GRT Wage and Hour lawyers litigated and successfully settled a class action law suit against CALTRANS and several employers of nearly 500 tugboat captains and deck hands in a dispute over prevailing wages and overtime pay for work performed on the various Bay Area bridge seismic retrofit projects. The case involved complicated factual and legal issues, including the right to prevailing wages and overtime pay under California wage law, the obligation by an awarding body to properly advertise prevailing wage rates and the associated obligation of contractors to pay such wage rates.

GRT Wage and Hour lawyers have ongoing class action litigation seeking ‘retro’ pay for Sergeants and Lieutenants belonging to the California Correctional Supervisors Organization (CCSO) and working for the California Department of Corrections and Rehabilitation (CDCR) in state prisons throughout California. GRT’s Wage and Hour lawyers obtained class certification for this case, and is moving towards the final steps of the litigation seeking a 3.125% ‘retro pay’ sum provided to CDCR rank-and-file employees, but not to Sgts. & Lts.

In 2003, GRT Wage and Hour lawyers represented plaintiffs on behalf of a class of approximately 200 analysts who were or had been employed by two financial institutions. In a confidential, court-approved settlement, Goyette, Ruano & Thompson’s Wage and Hour lawyers achieved a total recovery of $1.4 million on claims of nonpayment of earned overtime wages, missed meal and break periods, and mis-classification of employees as exempt from overtime laws.

From 2007 to 2011, GRT Wage and Hour lawyers successfully litigated overtime pay claims for individual tugboat Captains and deckhands against a stubborn Bay Area employer who insisted on relying on the idea that a federal ‘seaman’s exemption’ to overtime pay not only applied, but overruled or ‘preempted’ CA overtime pay requirements – – even though the vast majority of the work performed was done entirely within the San Francisco Bay waters. Ultimately the CA Court of Appeal upheld the idea that California can establish and enforce their own laws regarding overtime pay, separate and apart from federal wage law.

GRT Wage and Hour lawyers presently represents certain Sgts and Lts. working for CDCR in coordinated class actions seeking pay for pre and post shift time incurred by correctional employees at the prisons throughout the state. The pay is sought for various portions of unpaid off-the-clock time, including all the time after employees pass through outer prison gates, though various check points, and all ‘walking time’ until they arrive at their assigned ‘posts’ prior to the start of their scheduled, paid shifts (and for the same time in reverse following the end of their paid shifts after leaving their ‘posts’ and back to the outer prison gates). A class of over 40,000 CDCR employees has been certified by the San Francisco County Superior Court as this litigation moves forward to dispositive motions on specific legal issues associated with the class action claims.

GRT Wage and Hour lawyers helped represent and obtain overtime pay under the federal Fair Labor Standards Act (FLSA) for 600 Kern County Fire Fighters based on the County payroll department failing to include all components of ‘specialty’ pays in the hourly rate of pay used to calculate FLSA overtime pay. Two years and multiple mediations were required to resolve the complex calculations for this case, caused by a 28 day FLSA work period superimposed on an 18 day ‘duty cycle’ for the Fire Fighters.

GRT Wage and Hour lawyers have represented and successfully obtained FLSA-based overtime pay recovery for dozens of groups of California law enforcement employees, through their unions, by identifying the ‘specialty pays’ negotiated between the unions and the City or County employers, assessing when such pay items were omitted from the hourly rate used by the employers to calculate the FLSA overtime pay provided, and then evaluating the omitted amounts of FLSA overtime pays. ‘Specialty pays’ are the ‘extra’ pay items such as ‘longevity pay’ (awarded for many years of service), nightshift differential (provided for working the undesirable graveyard or swing shifts) and other special pays which, under the FLSA, must be included in the hourly rate of pay used to calculate FLSA overtime pay. While the employers generally conceded their omission of such ‘specialty pays’ from the FLSA overtime pay provided, these disputes invariably involved complex analysis and calculations to determine the FLSA liability, since the FLSA ‘work periods’ used were superimposed by the employers over the various ‘duty cycles’ used to schedule work shifts, and since the FLSA overtime pay had to be evaluated separate from other negotiated overtime pay based on the collective bargaining agreements.

CA Equal Pay Act Lawsuit against the City of Modesto

Between 2005 and 2008 GRT Wage and Hour lawyers successfully represented three female employees of the City of Modesto in a civil action asserting violations by the City of the CA Equal Pay Act, which prohibits inequities in pay for equal work on equal jobs based on the gender of the employees. This case litigated all the way through trial, and a jury verdict in favor of the three employees was obtained by GRT; thereafter successfully obtained monetary recovery for the employees through post-trial settlement.

GRT Wage and Hour lawyers filed in 2011 and is presently still litigating a class action for 200 or more bartenders, servers (waiters and waitresses) and bussers who were deprived of minimum wage pay and who were not provided all required meal and rest periods. The minimum wage violations are based on the restaurants managers actually editing the employees’ electronic ‘clock-in’ and ‘clock out’ time records without providing any notice to the employees, and without communicating any reason for the subtractions of hours worked to the employees. Since such restaurant employees work primarily for tips, such subtractions from their minimum wage base pay often goes unnoticed. This case was triggered by several employees keeping all their clock-in and clock out records, and comparing these records to the lesser hours totals listed on paycheck stubs.

In 2006 GRT Wage and Hour lawyer helped the California Association of Highway Patrolmen (CAHP) obtain a 3.5 % pay stipend from the California Highway Patrol (CHP) based on unpaid pre and post shift time spent donning (‘putting on’) and doffing (‘taking off’) special protective gear and related time.

GRT Wage and Hour lawyers are presently litigating a class action for 100 or more Sacramento County Waste Water Treatment Plant Operators (WTPOs) seeking overtime pay based on enforcement of their collective bargaining agreement with the County and seeking straight-time/minimum wage pay under CA statutes. The pay sought is for unpaid pre-shift time spent donning protective gear/ clothing at the treatment plant, traveling out to assigned posts at the plant, and briefing to prepare for their work – – all done prior to the beginning of the employees’ scheduled, paid work shifts.

Between 2003 and the present, GRT Wage and Hour lawyers have represented various groups of cable and/or satellite T.V. installers who were owed overtime pay based on their employers using only a piece-rate schedule to pay the employees (all pay provided based only on the cable and/or satellite components installed or serviced). While such piece-rate pay schedules are allowed under CA wage law, and while such schedules provide pay for all hours worked, the extra ‘half time’ portion of the time and a half overtime pay for all hours worked above eight hours per work day is not provided under such schedules. The employers in these disputes typically conceded the failure to provide the extra ‘half time’ constituting the overtime pay; however, significant and complex factual evaluations were necessary due to the variations in the evidence used to prove the overtime hours worked. All such cases resulted in the successful recovery of overtime pay for the represented groups of cable and/or satellite T.V. installers.

GRT Wage and Hour lawyers have successfully represented, and continues to represent many individual employees AND employers in Labor Commissioner wage claims throughout the state.

Contact G&A’s team now to have your legal needs reviewed.